Maggie MacKeever and THE TYBURN WALTZ

I receive promo material from several publicists.  One caught my eye - Maggie MacKeever's THE TYBURN WALTZ:

Julie expects she will end up dangling on Tyburn gallows, hanged as a thief.

Ned expects he will die on the battlefields of the Peninsula, hanged as a spy.
But then Julie takes on the trappings of a lady, and Ned unexpectedly becomes an earl, both players in a deadly game that will take them from the heights of London society to the depths of the Regency underworld -- a game in which not only necks are risked, but hearts as well.

Please join me in welcoming Maggie MacKeever to SOS Aloha!
Kim:  If your life was a book, what would be the back cover synopsis?

Maggie:  The 1940's featured a radio soap opera, "Our Gal Sunday," which was based on the question: can a young girl from a small mining town in the West find happiness with a wealthy and titled Englishman?" So, along those lines:

Can a girl from a small coal mining town in southwestern Pennsylvania find happiness in wicked L.A.?

Can she survive the swinging 70’s, self-indulgent 80’s, and assorted adventures in the film trade? Can she rub shoulders with the rich, famous and egotistical without throttling one of them? (Although this urge was somewhat mitigated by my ability to say ‘gosh, I’m sorry but I think you’d better try that line again.’) Can she not only write love stories but enjoy several of her own, even saving the best for last?

The answer would have to be, yes...

Kim:  Who would write the front cover blurb and what would it be?

Maggie:  Front cover blurb (I don’t know who I’d actually want to write it, but my husband did):

She was funny, beautiful, creative, a snappy dresser and a darn good dancer – oh, this was supposed to be a blurb, not an epitaph? 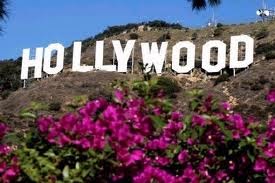 Kim:  Tell us about screen writing/dialogue replacement – how did you break into this job? Was it glamorous? Rewarding? Profitable?

Maggie:  I first came to L.A., I found an apartment in Hollywood, the back third of a triplex. My landlord, who made (very) low budget films, persuaded me to try writing scripts. Through him I met and went to work for a film editor who produced ads and tv promos; ended up writing various things for him (and marrying him); and ultimately went into dialogue replacement work. This is a special sort of sound editing, and involved going to a sound stage with actor, director and maybe producer (and frequently a lot of additional unnecessary people, including on one memorable occasion a dog); there to try and recreate or improve a performance for any number of reasons, including background sound that shouldn’t have been there, less-than-stellar acting and even changes in dialogue, after which I took the new tracks back to my editing room and tried to make the words look like they actually came out of the actor’s mouth.

Glamorous? No. This was the technical side of the business, which involved short schedules, long hours, and tiptoeing around huge egos.

Rewarding? Yes. Both creatively and on a personal level. Working on a feature film is frequently like being involved in a disaster – you bond with your fellow survivors.

Profitable? Yes, when I was working, but there were often long stretches between projects with no money coming in. 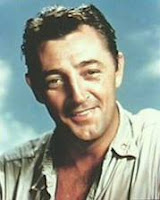 Kim:  Did you meet anyone famous, or rewrite scripts for anyone famous?
Maggie:  I met a lot of interesting people, and have a lot of stories that prudence prevents me from sharing with the world. Some of the nicer moments were: Sam Elliot kissing me on the cheek and telling me I ‘made it all worthwhile’; Johnny Depp nodding at me in a crowded restaurant; working with Robert Mitchum, who was a nice man and a total pro. The best of all was during The Mirror Has Two Faces, with Barbra Streisand and Jeff Bridges. It was during a break and only the three of us were on a sound stage. He’d just had a guitar repaired. She wanted to see it. He took the guitar out of the case and began to play, and she began to sing. I sat there quietly and thought, it doesn’t get any better than this. 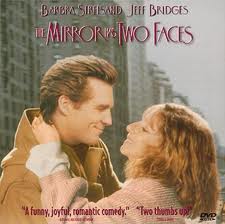 Kim:  Wow!  Those are moments to treasure!  Your bio references harps, needlework, roses, cats – sounds like you may have been a Regency lady in a prior life.

Maggie:  Maybe, but since then I’ve inhaled and acquired tattoos. 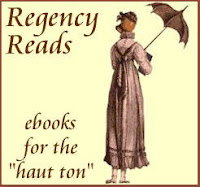 Kim:  From where do you draw your research for your historicals?

Maggie:  I became fascinated with the English Regency after discovering Georgette Heyer. (I love social history) Since then I’ve read everything I could find about the era. Today I have an extensive research library. I also use the internet, but warily. (An excellent online source is http://www.british-history.ac.uk/)

THE TYBURN WALTZ is set against the visit of the Allied Sovereigns to London in the summer of 1814, which was a wonderfully colorful panorama of princely misbehavior and conflicting personalities. I was fortunate enough to find a copy of The Gentleman’s Magazine covering the visit on ebay.


Kim:  Do you still have the rejected manuscript with coffee stains?

Maggie:  No. I replaced the damaged pages and sent it out again. That same manuscript got me my first agent and a sale to Fawcett Crest.

Kim:  What else would you like the SOS Aloha readers to know about you?

Maggie:  In THE TYBURN WALTZ, I set out to write something different from my usual books. I wanted to go deeper into both story and character, to set the action against entertaining historical events, and at the same time to show the contrast between London’s’ rich and poor without being so serious about the business as make the book grim. To all that I added misunderstandings and mystery, plot twists and turns—and, of course, romance.

I hope readers enjoy the story of pickpocket Julie and adventurous Ned as much as I enjoyed writing it. Tyburn is my forty-third book, and my favorite of them all. 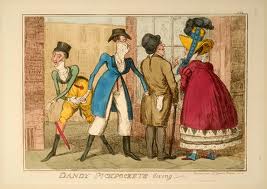 Mahalo, Maggie, for visiting us at SOS Aloha!  To learn more about Maggie, check out her refreshing bio at http://www.maggiemackeever.com/maggiema/index.html.

In honor of Maggie's visit, I am giving away a Regency Treat (thank goodness my English mother visited the UK this summer and stocked me up!).   To enter the giveaway,

BREAKING NEWS:  Maggie just offered to giveaway one copy of THE TYBURN WALTZ so we'll have a second winner!

2.  Make sure I know how to contact you - if I do not have your email, please send to sos.america@yahoo.com (I prefer you do not leave it in the comments).

3.  Comments are open through Novemer 19 for the giveaway.
3.  The giveaway is open only to US residents.

Join us tomorrow as we continue Veterans' Appreciation Week with Greg Causey, the editor of Denizens of the Desert, a photographic journal of aircraft nose art. 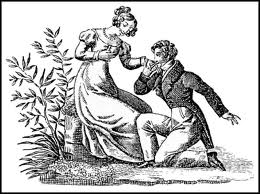 Borrowing from Maggie, "THE TYBURN WALTZ is set against the visit of the Allied Sovereigns to London in the summer of 1814 ...".  Soon we'll have THE WILLIAM WALTZ when world sovereigns visit London in 2011 for the marriage of Prince William and Kate Middleton.

I was pleased to hear today's news that the college sweethearts are engaged.  Prince William gave Kate his mother's engagement ring, an 18 carat blue sapphire.

I was a teenage when Lady Diana married Prince Charles.  I was visiting my grandmother in Devon and enjoyed the fanfare.   I have the tacky souvenirs packed away, including a ceramic tea mug commemorating their marriage.  My mother has bone chine tea cups commemorating the coronations of Queen Elizabeth, King George, and other special events during the past 100 years of English history.

I wish Prince William and soon to be Princess Kate all the best!

And for those who like challenges - this painting popped up during my search of Regency ladies on Google Images: 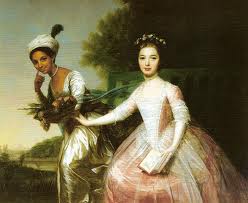 I've seen the original.  Can you connect Maggie MacKeever to this painting?   I can in six degrees of separation.  Save your answer for St. Andrew's Week (oops, I've given you a clue!)
Posted by Kim in Baltimore at 4:43 AM