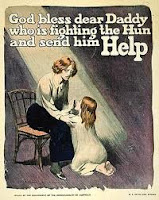 Veterans' Day began as Remembrance Day in honor of WWI ending at the 11th hour of the 11th day of the 11th month in 1918.  The three oldest veterans from WWI are 109 years old but live on three continents:

- Claude Stanley Choules served in the Royal Navy for both World Wars.  He is the last living combatant from WWI.  He lives in Australia.

- Florence Beatrice Green served in the Womens' Royal Air Force.  She is the last living female veteran from WWI.  She resides in England.

- Frank Woodruff Buckles served in the American Army as an ambulance driver.  He was held prisoner as a civilian during WWII.  He is the last living American veteran of WWI.  He lives in West Virginia. 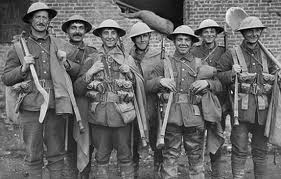 During our ongoing spotlight on The Wild Rose Press, I discovered historical romance author Margaret Tanner.   After reading her website, http://www.margarettanner.com/, I invited her to guest blog on Veterans' Day.  She visited several WWI battlefieds on a personal quest.

THE BATTLEFIELDS OF FRANCE AND BELGIUM

Australia was a small country in 1914, with a population of less than 4 million, yet we sent over 300,000 men to the front, Gallipoli in Turkey, Egypt, France and Belgium. More than 60,000 of our soldiers lie on Gallipoli or in the beautiful cemeteries of France and Belgium, 12,000 miles from home.

Our pilgrimage commenced in Amiens where we were met by our guide Colin Gillard who runs Battlefield Tours with his wife Lisa. Colin has a wealth of knowledge regarding the battlefields. Using war time maps, he was able to point to within a hundred yards, where my grandfather’s cousin was seriously wounded near the village of Hermes in 1917. Chills ran down my spine, I felt as if a hand was gripping me from the grave. Unfortunately, this relative died of his wounds, leaving a wife and 2 small children behind. He is buried in the war cemetery at Rouen, and we were elated but sad when we found his grave. 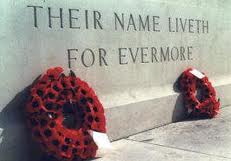 We visited large cemeteries where hundreds of white headstones stood amongst green lawns with pretty flowers nodding their heads between the graves. It was so poignant one could have cried a million tears and it still wouldn’t have been enough.

At Thiepval we saw a monument with thousands of names engraved on it, for English soldiers who fell in the area but have no known grave. One of the most memorable monument wasn’t very big. It was at Fromelles, a bronze statue of an Aussie soldier carrying his wounded mate.


The battle for Fromelles was fought on the 19th and 20th July 1916, Australia had 5,500 casualties the British 1,500. For over 90 years no-one knew the fate of nearly 300 of these soldiers, but there had been rumours for many years of mass graves in the area, and it was only after a tenacious campaign waged for years by an Australian school teacher that the authorities finally acted, and 4 mass graves were discovered about two years ago. (Three years after our visit). 250 soldiers have now been laid to rest in separate graves in a new Commonwealth war cemetery, the last in July 2010. Of the 250 bodies, 96 have so far been identified by name using DNA volunteered by relatives, but the authorities are still hoping that more soldiers will eventually be identified.

At the Menin Gate in Belgium, there is a huge monument with thousands of names inscribed on it for soldiers without a grave. Even after all these years, they still play the last post every evening as a mark of respect for the fallen. We visited large war cemeteries here and beautiful and sad as they were, the most touching was a small cemetery near Passchendale with only a handful of white headstones. Night was falling as we passed through this cemetery, and as we stopped to read the inscription on an eighteen year old soldier’s grave, we whispered that someone from home had come to visit him. When we turned and walked away through the misty rain, all we could leave behind for him was our tears and a red poppy.

The wearing of a red poppy on Armistice Day/Remembrance Day, 11th November, honours those who fell in the 1st World War and all subsequent wars. 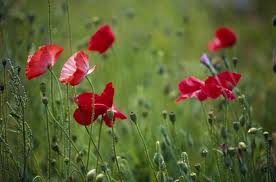 I would like to close with a few words of the poignant poem, penned on the battlefields by Lieut-Col. John McCrae of the Canadian army.

In Flanders fields the poppies blow, between the crosses row on row, that mark our place.

I write historical romance, and my favourite era is the 1st World War.

My novel Devil’s Ridge which is out now from Whiskey Creek Press and Shattered Dreams and Wild Oats, from The Wild Rose Press, are set against the background of the 1st World War, and for my research I delved into my family history, trawled through dusty old tomes in the library, and visited the Australian battlefields on the Somme in France and also in Belgium.

Mahalo, Margaret, for sharing your journey with us.  In honor of Veterans' Day, I invite SOS readers to join Operation Holiday Card to ensure 1000 deployed airmen, marines, sailors, soldiers, and Coast Guardsmen receive holiday cheer from the homefront.
To sign up for one (or more) address, contact Kelley at sos.america@yahoo.com.


Kim in Hawaii
Posted by Kim in Baltimore at 5:58 AM