Welcome, C.H. Admirand, to St. Andrew's Week!  We met C.H. during the TWRP spotlight.  Since then, C.H. has joined the distinguished list of sponsors for the SOS Military Mixer at the RT Booklovers' Convention in LA, April 6-10, 2011.  C.H.'s passion lies with all things Gaelic .... 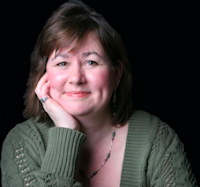 Kim:  What is your favorite clan?

It’s interesting to note that the MacInnes ancestors arrived from Ireland around c. 500 when Fergus Mor, King of the north Irish kingdom Dai Riata and his brothers Loarn and Oengus expanded their lands to southwestern Alba (Scotland). Oengus (Angus) believed to be the first of the Clan settled in Islay or Jura and is believed to be buried on Iona a small island in the Inner Hebrides.
﻿

The Clan moved to Morvern Peninsula in southwest Lochaber on the West Coast of Scotland. Morvern is formerly known as Kinelvadon, where Kinlochlaine Castle is located at the head of Loch Aline situated for its coastal defense. The castle was built in the 12th Century, burned in 1644 when besieged by Alasdair Mac Colla during the Wars of the Three Kingdoms, and in 1679 was attacked by Archibald Campbell, the 9th Earl of Argyll.
﻿﻿﻿﻿﻿
The castle was abandoned in 1690, and later re-constructed in the 1990s. Kinlochlaine is now a private residence. Here are a few websites where you can read more about the Clan MacInnes and Kinlochlaine Castle at the MacInnes website and Wikipedia.

In the 16th Century, many of the Clan moved to Sleat on the Isle of Skye.


Kim:  You've done your research about the clan!  And you answered my next question - waht is your favorite castle?

C.H.:  Kinlochaline Castle, prior to restoration and after, in Morvern formerly known as Kinelvadon.
﻿ 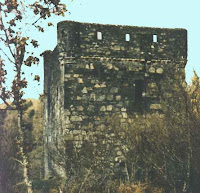 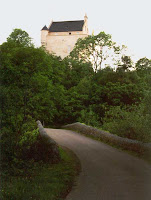 Kim:  What is your favorite Scottish Saying?

C.H.: Tha gaol agam ort.
Pronunciation: (Hah GEUL AH-kum orsht).
English Translation: I love you.
﻿﻿
﻿﻿
Kim:  I shall practise that phrase on my hubby, who claims to be from the Clan Lindsay.  What is your favorite whisky?

C.H.:  Although my true favorite is Irish – Tullemore Dew, I chose one distilled on the Jura where the MacInnes Clan originally settled once they arrived from Ireland. Isle of Jura Single Malt Whisky. 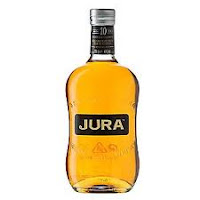 Kim:  As you pointed out, the Scots spell "whisky" without the "e"; the Irish spell it with the "e".  What is your favorite tartan?


Tapadh leat (thank you) C.H. for sharing your passion for history with us!  To learn more about C.H., log onto her website.  I'll invite C.H.back when we celebrate St. Patrick's Day so she can share her Irish roots and books!

C.H. is offering three copies of her e-book, A SCOT'S HONOR:

Scot's mercenary, Winslow MacInness, rescues a Norman beauty, but how can he help her find her way home if she cannot speak?

While waiting for her to recover, MacInness discovers a woman he can love, one who can replace the woman he can never have, his overlord's wife. But marriage to Genvieve isn't part of his plan until he discovers her life is still in danger and the only way to protect her is to marry her. But will he survive the attempts on his life? Is Genvieve de Chauret behind those attempts?

Plus I am giving away one Hawaiian trivet each day.  The trivet has a design from a Hawaiian Quilt -  unique as each clan's tartan.  To enter the giveaway,
1.  Leave a comment about C.H., renovated castles, and/or Scotch whisky.

2.  Make sure I know how to contact you - send your email to sos.america@yahoo.com.

3.  This giveaway is only open to US and Canadian residents.

Is obair-là tòiseachadh, ach is obair beatha crìochnachadh.
Beginning is a day's work, but finishing is the work of a lifetime.


C.H. wrote that the some of the MacInnes ancestors were buried on Iona.  It is a small island with a big legacy.  Several sites are cared by Historic Scotland, including Iona Abbey,

The abbey was founded by St Columba and his Irish followers in AD 563. As a celebrated focus for Christian pilgrimage, Iona retains its spiritual atmosphere and remains an enduring symbol of worship.   (the site includes) Reilig Odhráin – the little cemetery beside Sràid nam Marbh, ‘the street of the dead’, where many ancient Scottish kings were laid to rest.

Historic Scotland also cares for the Dunfermline Palace in Fife. This crumbling site is next to the restored Dunfermline Abbey.

The Abbey, whose foundation goes back to 1072, was built by King David I of Scotland in honour of his mother the saintly Queen Margaret.


A﻿﻿s the Great Tower was rebuilt, it was decorated with the words 'King Robert The Bruce' (one word per side of the square).